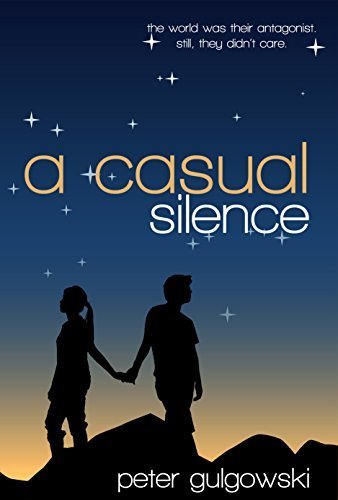 High School is a vicious game in which the rules must be followed. Failure to follow those set rules, and you’ll find yourself kicked from the game into the dreaded, obscure world of unpopularity.

'A Casual Silence' is the story between seventeen-year-olds, Jack Wither and Sara Elliot. Jack is an outcast writer, seeking his literary big-break, while Sara is the princess at their high-school. According to the rulebook of high-school, these two should never cross paths, but during an assigned project, that unwritten rule changes.

Jack has always loved Sara Elliot. She was his first crush in the fourth grade. Years would pass and finally, when their English teacher assigns them to work together, Jack gets his chance to meet the girl behind his boyhood crush.

Sara Elliot has forever lived under the shadow of her overbearing mother. She’s lived her life, in many ways, for her mother. Yet, there’s always been this person inside her, whom she’s simply known as “Sara.” Everyone knows Sara Elliot, but few, if any, have ever met “Sara.” Winning at the game of high-school, popularity, success, and friends have always come easy for her. Sara knows she’s lucky, but the version of herself, the version suppressed for years, wonders if there is something much larger out in the real-world than the world she and her friends live in. When she meets Jack Wither, she won’t have to wonder. She’ll know.